Customers are asked to practise social distancing, and are advised a restricted number of people will be allowed inside service centres at any one time.

Cassowary Coast Regional Council is committed to providing opportunities to junior athletes by providing a suite of Sports Bursaries to promote, encourage and sustain sporting participation and healthy life styles in the Cassowary Coast

A Great Place to Be

Councillor Trudy Tschui said the volume and quality of nominations received exceeded expectations and many demonstrated participation, commitment and achievement in more than one sport.

“We received nominations from young people all across the Cassowary Coast with impressive sporting achievements on local, regional, state, national and even international levels.

“It’s exciting to see some of our regions next sporting hopefuls, the potential in this group of young people is staggering.

“I for one am incredibly proud that our region gives youth access to such a variety of sporting options and that Council can contribute to creating and sustaining opportunities for junior athletes.” Cr Tschui said.

“I put my heart and soul into this sport, I dream big and I know if I work hard my dreams will become a reality.

“I enjoy passing on my knowledge and mentoring the students that I teach and I strive to be a positive role model through my achievements.” said Smith.

Recipients were congratulated by Queensland Governor, His Excellency the Honourable Paul De Jersey AC who presented certificates at a special ceremony held at Innisfail Shire Hall. 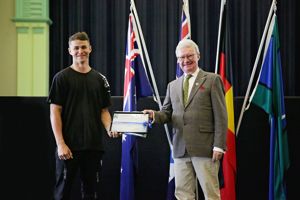 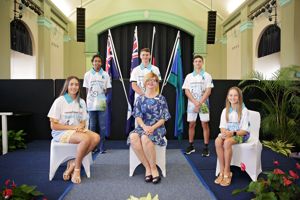 Conditions of Application (Applicants must meet all of the following criteria)

How nominations will be judged

The judging panel will consist of Mayor, one divisional Councillor and three independent persons in the community. They will make their decisions based on the criteria for each award and the information provided with the nominations forms.  The panel's decisions are final and no correspondence will be entered into regarding their decision.